The Reserve Bank of Australia (RBA) board kept the official Cash Rate on hold at 1.00% per annum in August.  The RBA board meets again this week, with most expecting rates to remain on hold at least for another month.

Global share markets were all negative in August as the United States and China ramped up their trade war and the United States yield curve inverted (a measure often used to gauge the likelihood of a recession).  In the month of August, the United States Dow Jones index fell by 1.7%, the London FTSE fell by 5.0%, the Japan Nikkei 225 fell by 3.8% and the Hong Kong Hang Seng fell by 7.4%. 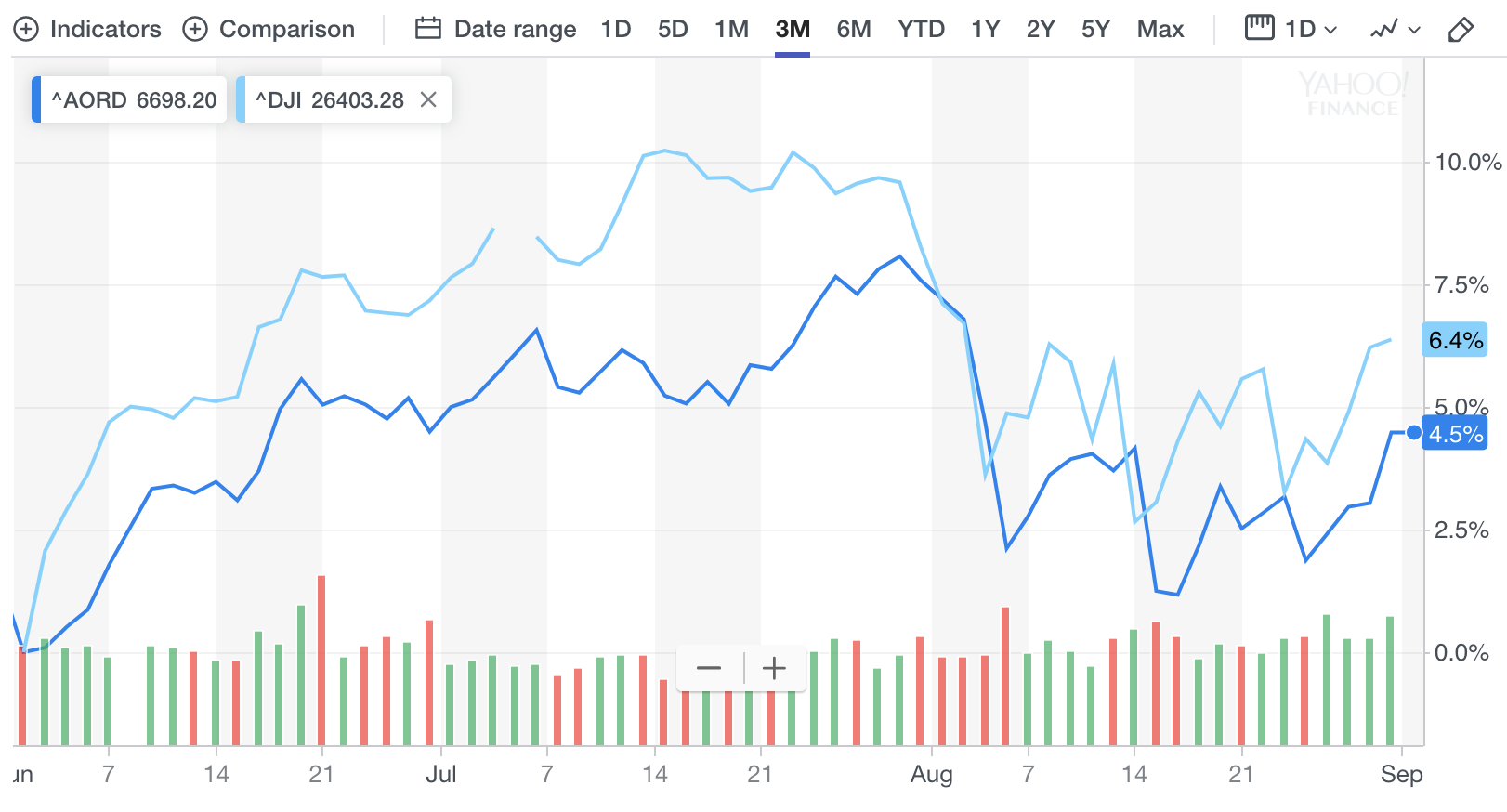 The key source of the volatility in investment markets remains United States and China free trade.

Whatever the merits of the arguments, share markets hate uncertainty and sentiment is a big mover of day-to-day markets.

In May this year, the International Monetary Fund suggested that tariffs on all trade between the United States and China would subtract only 0.3% from global economic growth.  Therefore, from a macro-economic level, the tariffs will not have a material impact on the global economy (and the losers will be consumers in the United States and China).

The real risk it would seem is sentiment.  Just as sentiment can affect investor behaviour, it can have an impact on corporate confidence, which may weaken corporate investment, weaken share markets and become ‘self-fulfilling’, leading to negative impacts on economic growth.

Above are just a few example headlines that I happened to see in the month.  It is fair to say that such headlines do little to improve investor sentiment.